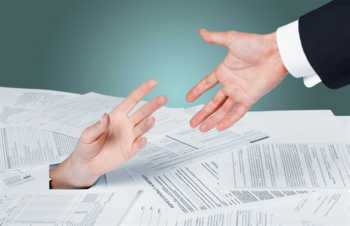 What are the consequences of an extinguished debt?
* The debtor is not liable to the creditor for a debt after the time period has lapsed. (3 years)
* The creditor may not institute legal action against the debtor for a debt that prescribed.

When is prescription interrupted?
The running of prescription is interrupted by:
* Acknowledgement of liablity by the debtor; or
* A service of a process on the debtor, where the creditor claims payment for the debt (for example, Kredcors Letter of Demand or Summons)

How do you know if a debt has prescribed?

If, in the past three years, a debtor have not: made any payment towards settling a debt, acknowledged owing the money in any way or agreed to pay it in writing, or been summonsed in respect of it, the debt has prescribed.

The debt-collecting company or legal firm should close its file on the debtor.

The National Credit Act prohibits the listing of a prescribed debt.

It follows, then, that it’s unethical for debt collectors to use the threat of “blacklisting” in making demands for payment.

* EXTINGUISHED – The debt comes to an end

* IMPEDIMENT – A hindrance or obstruction

* DELAYED – Prescription is suspended/put on hold to a later date

* INTERRUPTED – Prescription is broken and can start afresh

This site uses Akismet to reduce spam. Learn how your comment data is processed.

We are commercial debt collectors, and we do not collect consumer debt.

We can effectively assist you with your outstanding debt, and so improve your cash flow and minimise your credit risk.

Kredcor operates in the whole of Africa, so contact us now and see how we can help you.

We will also gladly assist with any other Credit Management queries you may have.


or just complete the form below and hit Send: